APPLICATIONS FOR 2023 ARE OPEN 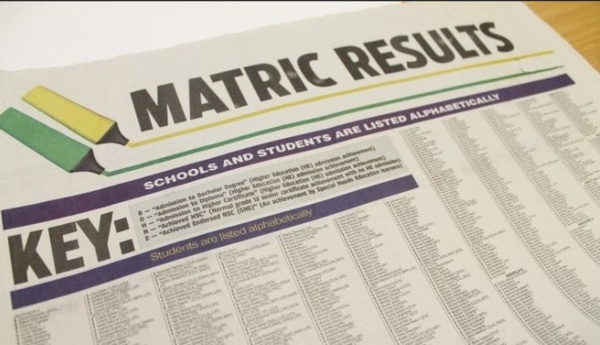 Remember the excitement of waking up in the early hours of the morning, to get a newspaper to check if you or your loved one had passed matric? As of this year, there won't be that rush. Media outlets are no longer allowed to publish matric results. The Basic Education department says this is because of the Protection of Personal Information Act. Director at Snail attorneys, Sizwe Snail kaMtuze, discusses this.

The basic education department on Monday told media houses they were not allowed to publish the latest matric results, citing the POPI Act.

Media outlets will no longer be allowed to publish matric results, the basic education department said.

In a notice to media houses this week, the department’s head of communications Elijah Mhlanga cited the Protection of Personal Information Act (POPIA) as the reason for the decision.

“The department recognises that section 14 of the constitution ... provides that everyone has the right to privacy. This right to privacy includes a right to protection against the unlawful collection, retention, dissemination and use of personal information.

“In order to comply with the provisions of the POPIA, the usual practice of publishing the national senior certificate (NSC) results on public platforms (media platforms) will not occur for 2021,” the notice, dated January 10, said.

The POPI Act came into effect in the middle of last year.

The matric results are due to be released on January 21.

TimesLIVE understands that media houses were on Tuesday studying the department’s statement from a legal perspective to formulate a response.

According to the department, the pupils’ results will be available from their schools.

“In this way every learner’s personal information with regards to the outcome of their national senior certificate exam will be protected,” the notice read.

Back to all items